Abyss is a legendary creature, forgotten by time and believed to be just a fairy tale. Born in ancient times, in an era where magic prospered, Abyss is a forbidden weapon sealed away in an underground temple where it spent untold centuries in a deep sleep. When its resting place is disturbed, however, Abyss and its unparalleled power begins to awake. Its rise releases hideous waves which mutates all marine life, and cursed winds blowing from the seas which kill any animal or plant life on land. Abyss is something akin to entropy incarnate, a fabled monstrosity that would bring the world back to primordial times, killing all life in the process.

Abyss' true body or "core" is a large, hovering black orb with green lines of magical symbols running around it. It can create bodies by manipulating a green liquid substance around it, appearing in three distinct forms:

While seeking a way to steal the "Armor of Erosion" for herself, Ruby Heart became involved in the crisis of Abyss' awakening. Unable to stop it alone, she then gathers a team of Marvel and Capcom characters and transports them to fight it on her airship. After defeating it, Abyss' core appears to destabilize and explode. During the ride back home on Ruby Heart's ship, she's seen contemplating the core, now palm-sized. Cracked and seemingly now useless to her, she cast it off her ship and it sinks into the waters below.

In order to accommodate the 3-on-3 tag system, Abyss presents itself with 3 phases to fight through, similar in gameplay to Onslaught's two phases in the previous game. Depending on the form, players have to adapt either an offensive or keep-away strategy to better fight Abyss. Abyss possesses Hyper Armor in all 3 forms, which means it can't be stunned out of its attacks. The 2nd and 3rd form can also move quickly by retreating into the ground, and spring attacks much faster and (3rd form only) from outside the screen. They are, however, weak to well-timed Hyper Combos depending on the speed and length of its many attacks.

Abyss begins the battle by materializing the giant Armor of Erosion around its core form and filling it with the green substance to move it. In this form, Abyss is extremely slow and can't jump or walk backwards, but it possesses several powerful moves and can't be stunned. Due to its slow movement, it can be attacked during most of its attacks if super-jumped behind.

After the first form is defeated, the armor falls down and part of the underground temple breaks apart. The armor and part of the temple are then absorbed into the green substance, which now covers the entire ground, and the 2nd form emerges from it. Abyss' Guardian form fights exclusively with ranged attacks, constantly shooting at the player while laughing. The best strategy to deal with it is to attack from afar with projectile attacks and Hyper Combos, or use small characters and duck in front of it, where most of its attacks will miss.

The 2nd form melts away after it is defeated, briefly morphing into the final form's visage before disappearing. The rest of the temple sinks into the ground and the substance turns red, and then Abyss emerges. This giant form almost fits the entire screen, and can similarly unleash powerful screen-filling attacks. Abyss now moves by melting away into the ground and reappering anywhere, even outside the player's screen. The actual target in the battle is Abyss' black core, which appears briefly every time the monster melts away. The core will move away and Abyss will sometimes use it to bait an attacker and strike them with one of its moves. Although fast and powerful, this form is also the most vulnerable to Hyper Combos and Crossover Combinations due to its size. 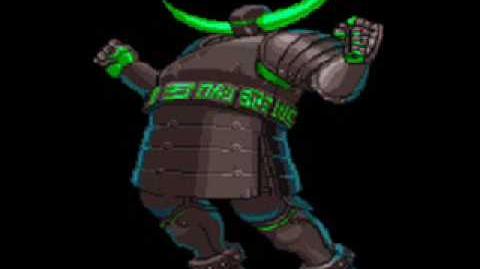 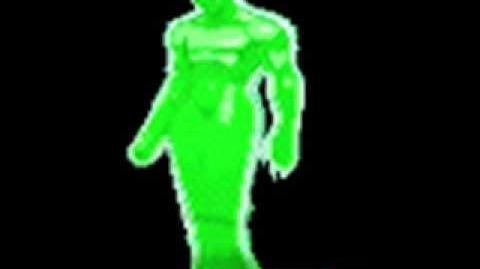 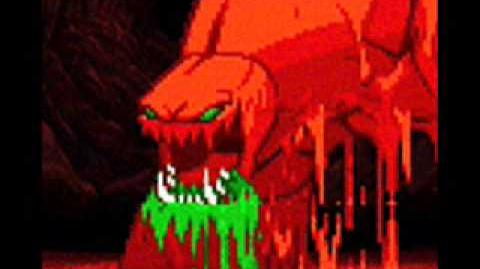 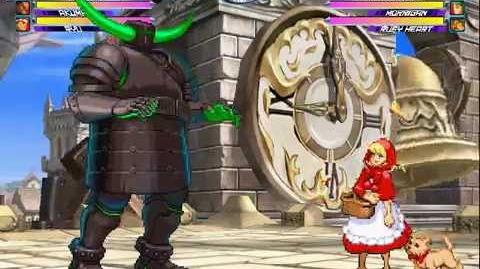 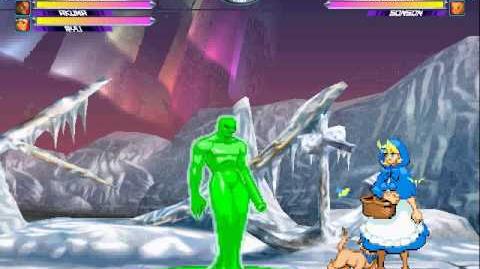 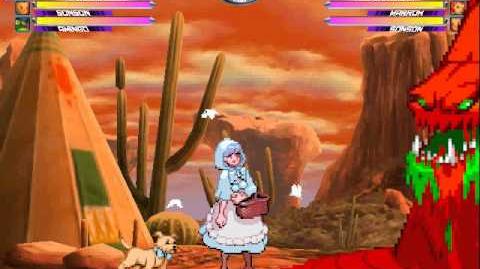 Abyss in all of his forms