Your power is as weak as your soul.

Blackheart is a character from Marvel Comics. He is a demon, the son of Mephisto, and the current prince of hell. Drawing from the power of evil, he is often the adversary to Ghost Rider.

Blackheart decides not to give the gems to his father Mephisto. He ends his father's dictatorship and conquers the entire universe.

In Morrigan's ending, Blackheart is holding a mug of beer while Morrigan holds a glass of wine where they chat about what Morrigan has been doing during the events of her storyline. 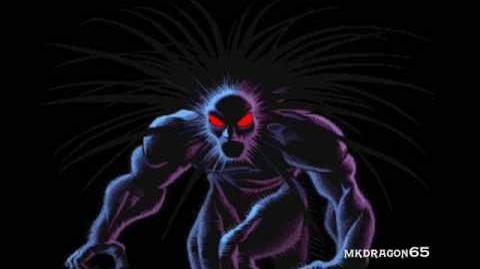 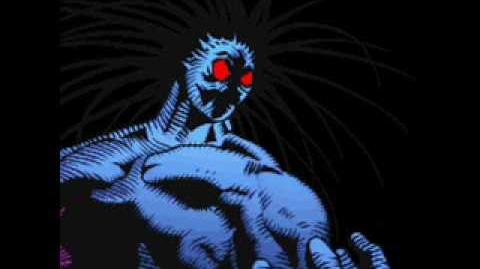 Blackheart's moves in Marvel vs. Capcom 2: New Age of Heroes