Marvel vs. Capcom Wiki
Register
Don't have an account?
Sign In
Advertisement
in: Colossus, Marvel Characters, Characters in X-Men: Children of the Atom,
and 3 more
English

X-Men series
Colossus, real name Piotr Nikolaievitch Rasputin or alternatively Peter Rasputin (ピーター・ラスプーチン, Pītā Rasupūchin?), is a character from the X-Men series by Marvel. He is a mutant who can transform his whole body into an organic metal, giving him superhuman strength, stamina, and durability.

Colossus's appearance is based on his recurring design throughout the X-Men series. His tall and broad stature is covered in metal, usually colored silver, while his hair remains black. He wears a red and yellow armored singlet with red boots, red gloves, and an X-Men utility belt.

Colossus only uses his powers in violent situations with the greatest of reluctance. He feels it is his responsibility to use them for the betterment of others rather than for combat. He enjoys a passionate relationship with fellow X-Man, Kitty Pryde, aka Shadowcat.

In his metallic form, Colossus gains superhuman strength, stamina, and durability. He can lift at least 100 tons under normal conditions. He tires at a lower rate than regular humans and can continue to expend his energy for hours. He also does not require food, water or air to sustain himself. Colossus can withstand high impact assaults and extreme temperatures from 70º F above absolute zero to approximately 9000º F. He is resistant to telepathy and other kinds of psionic attacks.

Despite this near-invulnerability, it is still possible to injure him, and if knocked unconscious, Colossus reverts to his human form. In his metal form, Colossus bleeds pure energy when injured, and he has no organs that can be damaged. A particular flaw in his powers is that he cannot partially transform and must turn his entire body into metal.

Colossus is excellent in hand-to-hand combatant, having received training from Wolverine and Cyclops. He has had training in acrobatics and sword fighting from Nightcrawler. In his human form, he is exceptionally strong and fit. He can lift about 700 pounds. He has also completed college-level courses at Xavier's school.

Magneto, after his defeat, asks Colossus to join him. He declines saying that his place is with the X-Men. He leaves the collapsing Avalon with the other X-Men. Colossus is later seen with Professor X, wanting to train harder to protect those he cares for. The professor comments on how Colossus didn't follow Magneto's path and is proud of how he has become.

Colossus was intended to have an alternate ending where he would accept Magneto's offer to join the Acolytes, mirroring his short stint with the group in the 1994 comics. 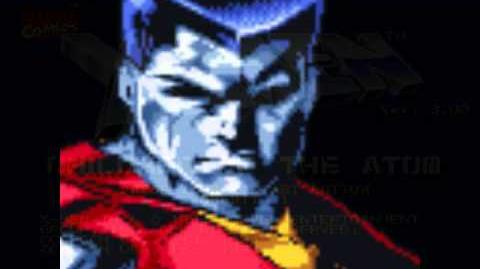