Hsien-Ko, known as Lei-Lei in Japan, is a character from the Darkstalkers series by Capcom. Together with her sister Mei-Ling, they turned themselves into a Jiangshi and a talisman, respectively, so that their mother's soul will pass on and be freed from the darkness.

See also: Hsien-Ko's alternate costumes in MvC3, or in UMvC3

Hsien-ko's ending involves her picturing a comic where her and her sister Mei Ling are revived by Doctor Strange.

Her ending involves her and Mei-Ling fighting alongside Thor against a group of demons like Orochi from Okami, Jedah from Darkstalkers and Ravange from Red Earth; before fighting, the sisters discuss of who deserves to ask a date with Thor. 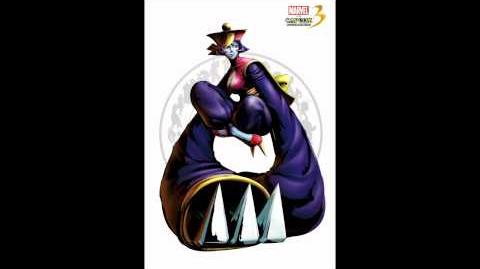 Hsien-Ko's moves in Marvel vs. Capcom 3: Fate of Two Worlds