Marvel vs. Capcom Wiki
Register
Don't have an account?
Sign In
Advertisement
in: Magneto, Marvel Characters, Characters in X-Men: Children of the Atom,
and 7 more
English

Magneto, born Max Eisenhardt, later known as Erik Magnus Lensherr, is a character from the X-Men series by Marvel. He is a mutant with a powerful ability to control all forms of magnetism.

See also: Magneto's alternate costumes in MvC3, or in UMvC3

Magneto has the power to control all forms of magnetism, both artificial and natural. He can even achieve certain tasks with his power simultaneously, such as completely assembling a complicated machine within seconds, and erecting a field of nearly impenetrable magnetic energy to protect himself from harm.

Magneto is one of the villains that try to takes the gems from Thanos. In his ending, Magneto leaves the characters on Thanos' Palace frozen and makes a new planet for mutants where Magneto rules Avalon.

Magneto kills M. Bison in a fight, ending his plans for genetic mutation. The other Three Kings of Shadaloo Balrog, Vega and Sagat swear to follow Magneto as his Acolytes to realize the plan for world domination.

Magneto's ending involves him obtaining the Taa II, the ship of Galactus and claims it as his new paradise for mutantkind. He bring forth all mutants, even the ones who once opposed him, to his new world.

Magneto is a powerful jack of all trades in the Marvel vs. series. He can 8-way air dash, fly, has one of the fastest beams in the game, a never-ending line of possible resets and infinites, and a rushdown game that is unmatched by most characters on the roster. What he lacks in simplicity, in which he makes up for in speed and versatility. Magneto also packs the most launchers out of all characters in MVC2, though he's been nerfed in MVC3, he's still a threat. Nonetheless, he's often a hard character to fully utilize but is very rewarding. Magneto also has a special air dash that involves tapping two punch/attack buttons + any direction, which is the basis for several of his combos. This is used instantly when he takes to the air for usage of mixups in MVC2, but in MVC3; this air dash tactic can only work well at the peak of Magneto's jump, due to the fact that Magneto lands quickly then air-dashes to the ground. He is an effective character without using his hypers and can be used to build meter, but he also possesses some of the best hyper attacks in the game.

However, it should be noted that Magneto as of Marvel Super Heroes (and especially in MVC2 and MVC3) lacks in health/defense rating, making him rather fragile. Though he doesn't have it as worse off as those like Akuma and Zero, Magneto should still be careful about taking hits. 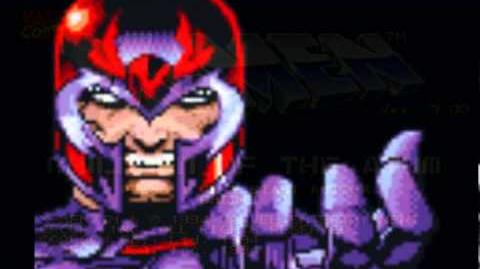 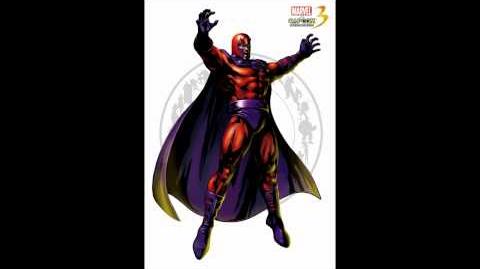