Marvel vs. Capcom Wiki
Register
Don't have an account?
Sign In
Advertisement
in: Omega Red, Marvel Characters, Characters in X-Men: Children of the Atom,
and 2 more
English

My coils will drain your life.

Omega Red, real name Arkady Gregorivich Rossovich, is a character from the X-Men series by Marvel. He is a mutant enhanced through a super-soldier program, implanting him with Carbonadium coils that release "death spores".

Omega Red debuted in X-Men: Children of the Atom and is a playable character in Marvel Super Heroes vs. Street Fighter and Marvel vs. Capcom 2: New Age of Heroes.

Omega Red is a mutant with super-human strength, agility, speed, endurance, durability, and reflexes. He is also able to secrete a pheromone from his body known as "Death Spores", poisonous chemicals that kill or sicken anyone in his immediate vicinity. On humans this works instantly, but meta or superhuman beings can withstand the effects for an extended period of time.

His primary weapons are the Carbonadium tentacles implanted on the underside of each of his wrists. He uses the tentacles to either ensnare or whip his enemies. His bodily tissues are tougher than the average human, thus allowing him to endure great impact that would seriously cripple or kill a regular human. His red body armor also lends to his high durability, allowing him to withstand powerful energy blasts.

Omega Red has the need to absorb the life essence of victims in order to sustain his pheromones. He uses his cables as conduits for the deadly chemicals to drain his victims. Absorbing the life force of another speeds up his natural healing factor, as well as keeping him alive and active. His healing factor allows him to recover from a punctured lung within seconds.

Magneto questions Omega Red about his purpose of defeating him. He tells Magneto that he is searching for a "Carbonadium Synthesizer" apparently located in Avalon. He eventually finds the item and leaves Avalon just as it collapses. Back on Earth, he wreaks havoc and is stopped by Cyclops.

Omega Red defeats Ryu and Ken questions him about his violent actions. He responds to Ken that he does not care about the number of people he kills and proceeds to defeat him. 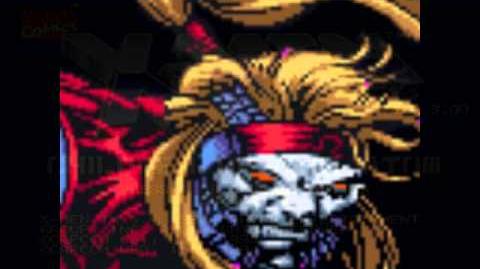 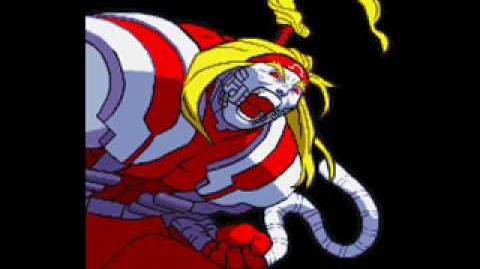