Give up your life of crime!

Phoenix Wright, known in Japan as Ryuichi Naruhodo, is one of the main protagonists of the Ace Attorney series by Capcom. He is a veteran defense attorney known for his ability to "turnabout" the court to his favor. Together with his assistant Maya Fey, they solve case after case, searching for the truth.

Phoenix Wright is a playable character in Ultimate Marvel vs. Capcom 3.

Phoenix Wright appears as a cameo in She-Hulk's ending. He and Miles Edgeworth are on a courtroom television show called "Jen's Justice", with She-Hulk as the judge. Before she delivers her verdict, she accidentally smashes the judge's stand with a slight tap of the gavel, leaving both the lawyer and the prosecutor panicking and hugging each other out of fear with She-Hulk telling the bailiff that she "did it again."

Phoenix Wright's ending involves him in court stating how he has never touched upon a case so unique before. With that, he brings the defendant of the case, Galactus, to the stand as his assistant Maya, and She-Hulk, who is this case's prosecutor look on. However, Galactus is naturally too big to fit in the courthouse no matter how small he can make himself, so he requests a change of venue.

Phoenix Wright possesses a wide arsenal of moves, with a variety of effects and uses. His regular moves consist of simple mundane actions such as ducking to search for clues, looking at paper documents and even sneezing (which serves as his Launcher Attack). Many of his special attacks also function that way.

He has three modes (stances): Investigation, Courtroom and Turnabout Mode. Each stance has their own set of special moves and command normals. This makes him somewhat limited at first (as he has access to only three special moves in Investigation Mode), but grows exponentially during the course of the fight.

With this in mind, his gameplay is, coincidentally, defensive-oriented: a mix of a keep-away character (projectiles and other moves with wide/long range) with high combo abilities (moves that strike multiple times and hit OTG). He also has a relatively medium to high damage output (which is further increased in his Turnabout Mode), a decent amount of health, and a very damaging Level 3 (although this one requires him to be specifically in the Turnabout Mode).

One of the most famous players to main him is Lythero, who also mained Viewtiful Joe and Dante as his two teammates. He even made a combo tutorial video for players who wanted to use him in competitive play. 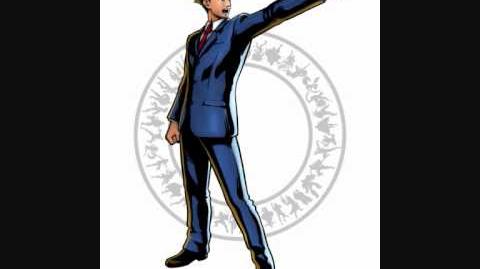 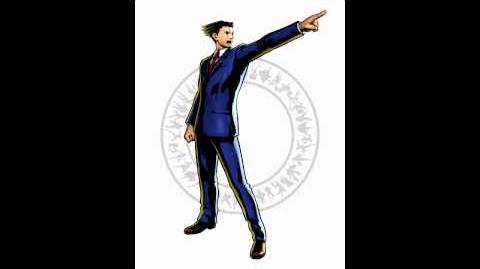