Marvel vs. Capcom Wiki
Register
Don't have an account?
Sign In
Advertisement
in: Sentinel, Marvel Characters, Characters in X-Men: Children of the Atom,
and 5 more
English

None (identifies as male)

Resistance is futile. Accept your extermination.

The Sentinel is a character from the X-Men series by Marvel. Sentinels are robots designed to hunt mutants. They can fire laser blasts from their palms specifically designed to damage mutants.

See also: Sentinel's alternate costumes in MvC3, or in UMvC3

The Sentinel's appearance is based on the Mark V model from the comics. It has a metallic body with a pink torso, face, and boots, and a blue helmet, legs, and arm joints.

Though Sentinels are constantly being updated with new weapons and abilities, all models maintain the following abilities:

In addition, some Sentinels are manufactured for a leader-type role, being much more intelligent than other Sentinels and able to learn, adapt to, and counteract the tactics and powers used by mutants to a highly developed, near instantaneous degree.

The Sentinel is presented as one of the game's villains, although it is not directly working with Magneto. In the ending, the Sentinel attempts to capture Magneto, but the mutant sets his station Avalon into self-destruct, preferring to die than to let a "twisted human tool" to get him. The robot escapes the exploding station and, with Magneto presumed dead, continues with its protocol to exterminate all mutants.

The Sentinel leads an army of Sentinels and personally takes down Storm, then returns to base for repairs. Once all mutants are eliminated, the Sentinel initiates a new program to control humans as a way to prevent a resurgence of mutants.

The Sentinel displays an update of its current situation. It has analyzed a lot about the "Galactus element", and has enumerated the targets it has neutralized, including Dan. The Sentinel then says that the time when the extermination of the human population will be favorable is in 7 days.

True to its mutant-hunting design, the Sentinel is a lumbering engine of destruction. Although a patch later greatly reduced the Sentinel's health, it retains the highest damage-per-hit rating of any MvC3 character.

With its array of highly damaging projectiles and Level 1 Hyper Combos that can be used repeatedly and in quick succession, the Sentinel excels when using a keep-away strategy. However, the Sentinel also performs well at maintaining pressure against rushdown characters with constant air combos, even if they manage to close the distance. Its launcher attack is very damaging and has a long horizontal reach; once the Sentinel is in the air, its high damage-per-hit rating is put to good use, with a mere three or four normal hits taking large amounts of an opponent's health, all in addition to an aerial Rocket Punch coupled with a well-timed Hard Drive Hyper Combo that can be used for a final blow.

Once an opponent is knocked down, the downward hitting Rocket Punch can be used to "bounce" the grounded opponent. This leaves them vulnerable to yet more air combos, starting the Sentinel's cycle of destruction all over again. 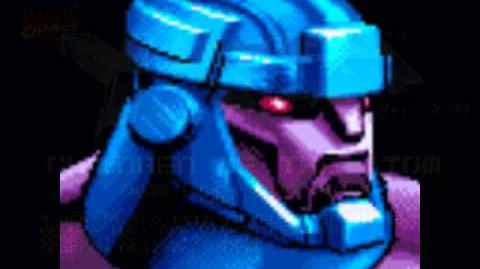 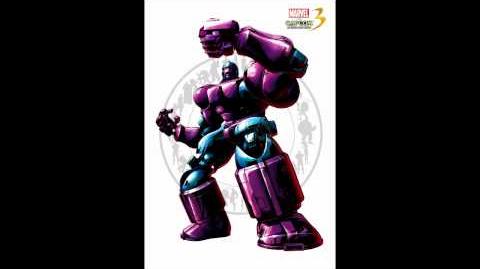