X-Men series
Silver Samurai, real name Keniuchio Harada, is a character from the X-Men series by Marvel. He is a mutant with the ability to generate a tachyon energy field from within his body. He typically focuses the energy through his sword; allowing it to cut through almost any substance.

Silver Samurai debuted in X-Men: Children of the Atom and reappeared in Marvel vs. Capcom 2: New Age of Heroes.

After Magneto's defeat, Silver Samurai tells him that his honor and loyalty is to the Yashida clan only, and that Magneto's dreams would clash with theirs. Back in Japan, he announces his victory to the clan. Wolverine interrupts his speech and is easily defeated by Silver Samurai.

Silver Samurai has an enormous range on many of his attacks, with him being Marvel's main poking character. He can easily fend away many of his opponents' moves with his s.mk, c.lk and many more, albeit even in different situations (c.hp for an anti-air, etc.). He also can upgrade his katana with elemental properties to give himself somewhat of an advantage, but at a cost (in MVC2) change his stats drastically (e.g.: attack, defense, function on moves, etc.) making him one of the most complex characters in MVC2. 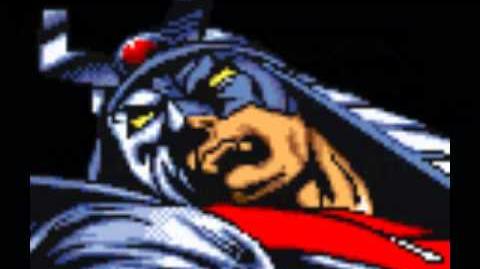