Edit
watch 03:33
'Marvel vs. Capcom: Infinite' - Spencer Tutorial
Do you like this video?
Play Sound

How could I lose? I have a bionic arm.

Nathan "Rad" Spencer, known simply as Spencer, is the protagonist the Bionic Commando series by Capcom. He was a member of the government armed forces before losing his left arm. He became the first subject of the latest bionic technology.

See also: Spencer's alternate costumes in MvC3, in UMvC3, or in MvC:I

Spencer's main strength is in his ability to drag his opponent to him and vice versa. Utilizing his wire grapple is key to playing him, as many of his combos can be prolonged. His health is quite high, though not on par with bruisers such as Hulk or Thor. His general attacks are also highly damaging when chained together. However, his movement speed is slow and his assists are quite ineffective offensively and are better used as support. 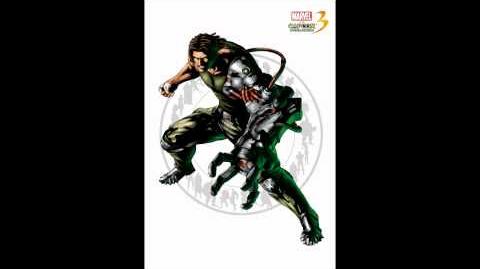