X-Men series
Spiral, real name Rita Wayword, is a character from the X-Men series by Marvel. She is a mutant and former human with six-arms and powerful spell-casting abilities. She typically uses magical swords for her attacks.

Spiral debuted in X-Men: Children of the Atom and reappeared in Marvel vs. Capcom 2: New Age of Heroes.

Spiral has powerful mystical abilities. With gestures or dance moves, she can teleport herself and numerous people across great distances. Teleportation and powerful spells require more complicated dance moves. Spiral's spellcasting powers can be triggered through small hand gestures of her many hands. Spiral often incorporates knives and swords into more complicated spells. Spiral can also disguise herself through her magic. Spiral can open gateways between dimensions and travel through time, though it has been implied that she sometimes requires Mojo's help to successfully teleport from one dimension to another.

Spiral defeats and mocks Magneto for his failed plan, saying that she works for Mojo T.V. and their battle is all part of the show. Back at Mojoverse, Spiral meets with Mojo and tells him about Magneto. They talk about raising ratings for the show and eventually, the fall of Earth.

Spiral, along with Mojo, appear in Viewtiful Joe's ending where they are filming a TV series with Joe as the lead, hoping to get major ratings since Joe is the "hero who beat Galactus". However, they grow increasingly frustrated with Joe's knack for ad-libbing, ordering the takes to be redone over and over again.

Mojo gets mad at Joe because he cannot say, 'Book 'em, Dano!' He then asks Spiral about the amount of takes and Spiral replies that she lost count. 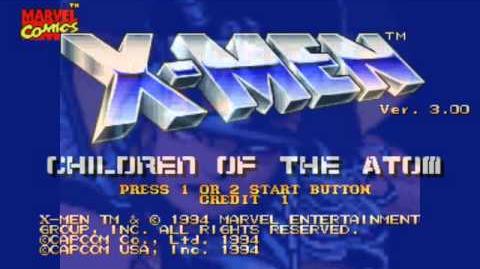