I am the summit of perfection in this universe!

Ultron was first created by founding Avenger, Hank Pym (the first Ant-Man) in Cresskill, New Jersey, as part of his experimentation in the field of highly intelligent robotics. However his intelligence resulted in his rebellion against his creator, brainwashing Pym into completely forgetting Ultron. The robot proceeded to begin upgrading himself, advancing from Ultron-1 to Ultron-5. Under the persona of the Crimson Cowl, he formed the second incarnation of the Masters of Evil and took on the Avengers.

Afterwards, Ultron spent most of his time working solo due to his genocidal attitude towards humans (and organic life as a whole). At one point, he created Vision, a “synthezoid” whose body was a copy of the first Human Torch, and his mind was based on the Wonder Man; ironically, Vision eventually became a prominent member of the Avengers. As time went by, Ultron was destroyed numerous times, but he manages to rebuild himself, often giving himself a new number to reflect this.

As an android, Ultron's powers, by default, include energy blasts, superhuman strength, durability and intelligence. Additionally, he gains several abilities depending on the host he uploads his consciousness into.

Ultron possesses an 8-way air dash, glide and has use of combo-able command grabs in the ground and in the air. Ultron also has a special move to call his own assist during the fight, similar to Sabretooth, as well as some similar moves as Doctor Doom and Super-Skrull in previous titles. 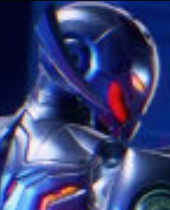 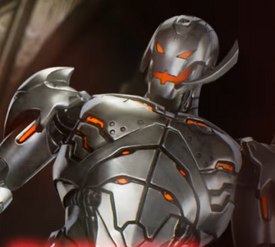 Retrieved from "https://marvelvscapcom.fandom.com/wiki/Ultron?oldid=68598"
Community content is available under CC-BY-SA unless otherwise noted.