Viewtiful Joe is the main protagonist of the Viewtiful Joe series by Capcom. He is a movie fan turned super hero, and possesses VFX powers that gives him abilities similar to camera effects.

Viewtiful Joe's ending have him as a detective with Captain Blue, but it turns out that they were actors in a show filmed by Mojo and Spiral, who are not happy due to Joe constantly ad-libbing, but they had to have Joe as that star as he is the one who defeated Galactus.

Viewtiful Joe is an outstanding offensive rushdown character, he also has a very small hit box which allows him to avoid some attacks that the bigger fighters cannot. Joe's primary drawback is that his moves do not have much range and thus like in TvC, Advancing Guards are one of his main weaknesses. He has slightly below average stamina and weak attack, but his outstanding aerial moves, quick movement speed and excellent projectile have made him a solid character. Sadly, Joe's moves are not as good on ground as they are in the air. Also, his Excellent Knuckle Punch command normal is a rather quick overhead, enabling Joe to pull off nasty mixups. 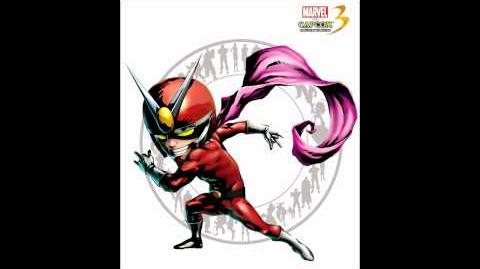