Iron Man series
War Machine, real name James Rupert "Rhodey" Rhodes, is a character from the Iron Man series by Marvel. He is the pilot and chief aviation engineer of Iron Man's Stark Industries. He donned the Iron Man Armor Model 4 before receiving his own identity with the War Machine Armor.

Rhodes' powers are derived from his War Machine Armor.

War Machine's gameplay is often based and derived from Iron Man. In Marvel vs. Capcom he plays almost exactly like Iron Man does in Marvel Super Heroes, with some changes and more animations. In Marvel vs. Capcom 2, since Iron Man is once again part of the playable roster, War Machine's gameplay has changed a bit. He now fires missiles instead of energy with his Shoulder Cannon (Same happens with his Proton Cannon). To make it more different, War Machine is considered a power-based fighter since Iron Man can perform better air combos longer compared to his air combos that actually fall short. 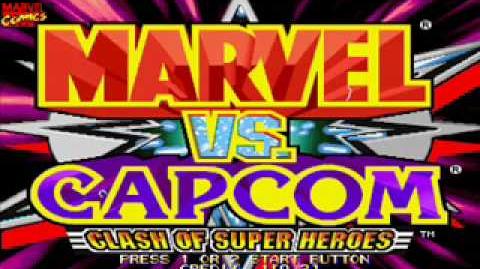